Why We Started Tampa RawPets! 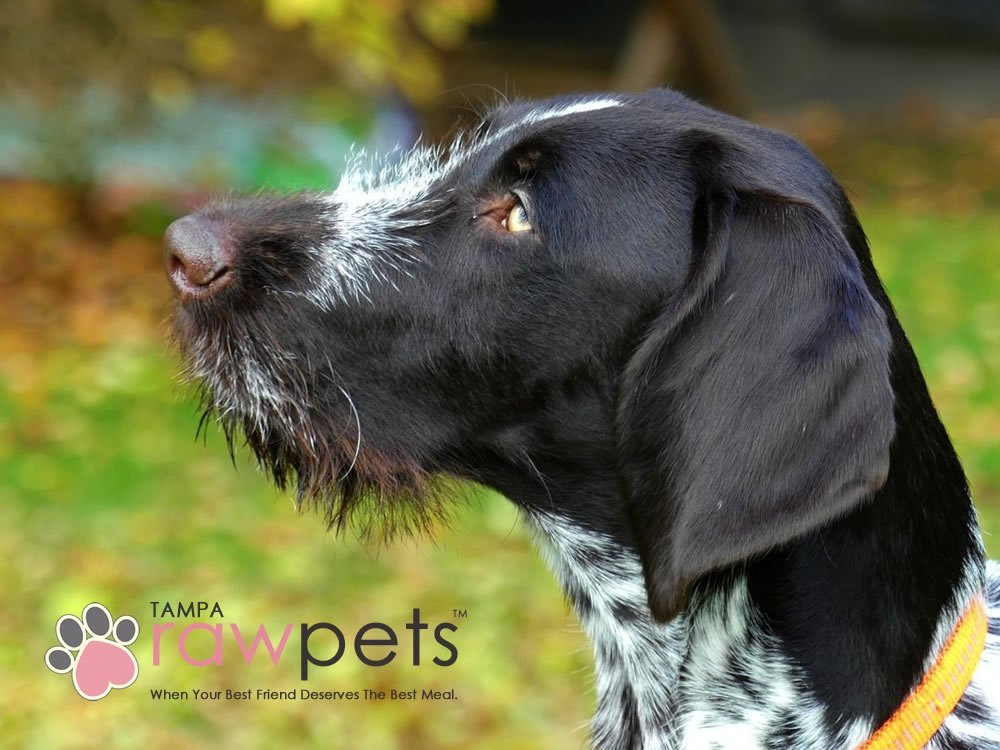 Why We Started Tampa RawPets!

Hello, my name is Sonja and I am from the Tampa Bay area.  I am a proud dog mom of three German Shorthaired Pointers.  As a young child I have always had such a passion for food, which later led me to become a personal chef.  I started my own business called Garden Fresh Cooking.  I cooked organic personalized meals to meet individuals specific dietary needs and delivered them personally.  It has been such a rewarding feeling to have customers tell me how my cooking has improved their health and goals, and how much they enjoy my cooking.  From my experience I will be the first one to say, quality is everything.  Food is our medicine.

One of my dogs, Roscoe was suffering an undetermined skin condition, the vets even thought he had lupus.  He was constantly scratching to the point where he would sometimes let out a cry.  His coat was very dry, had scabbing in his ears, and had bald patches of red inflamed spots all over his face.  Being a lover of food and health, I was already giving him what I thought was to be the top of the line dog food.  I thought maybe he had developed an allergy to something outside or even a food allergy.  After several expensive visits to the vets, skin biopsies, prescription shampoos, prescription dog food, steroids, allergy pills, and thousands of dollars later, I still had no answers or results.  I didn’t want to keep having my poor Roscoe on all of these medications that would lead him to a shorter life, especially when they weren’t even improving his condition.  I kept asking “are you sure it is not a food allergy?”.  After doing several skin tests the doctor basically told me there’s no way its the dog food based off their test results.

Lots of time had passed and it was heart breaking to see my dog in misery.  I was on a mission to solve Roscoe’s issue.  I tried everything from coconut oil, salves, buying more expensive “better” quality kibbles that eliminated ingredients that I felt could be triggering his condition.  The first sign of improvement I finally started to see was when I started feeding him grain free dog food.  The redness and inflammation were less apparent and I started to feel some relief.  After some time it did not show enough improvement to where it made me want to stop my mission.  I knew there had to be more I could be doing regardless to what the vets said.  I knew grain free was just the beginning.

One day I came across a documentary called “Pet Fooled”.  It opened my eyes and I immediately went on a new search to find a quality raw dog food diet and give it a chance.  Within the first week his scabs and red inflamed patches had significantly subsided and his scratching had stopped.  I could tell he was feeling better.  He was no longer laying on his bed scratching and crying, he was back to full time squirrel watching from the window.  My Roscoe was finally had his happy personality back.  Over the next few weeks other improvements were visible.  His coat was no longer dry and flakey, it became so soft and shinier than ever.  Friends even noticed and were commenting on how shiny he was.  His hair started growing back in the bald patches he had for over a year and I couldn’t believe it. Thousands of dollars later all it took was a raw food diet.

During this time we had a Brittney Spaniel.  He was diagnosed with cancer with 3 months to live.  I started feeding him the diet as well as giving him CBD oil.  He ended up living for almost 2 years, and I feel as though these changes allowed him to have more time.

Kibble is made at such a high temperature nutritional value is stripped from the food. Half the bag you feed your dog is sugar. Sugar feeds health issues. Not to mention all those “quality” brands are on the recall list. Including prescription food.

My goal is to supply you with a healthy way of eating for your pet. After many years or trial and error I have decided Oma’s Pride is the best quality raw pet food supplier around. Therefore I am helping you get that food in your pets bowl. Hopefully I can help you and supply your dog or cat with a healthier life!

Treat Your Pets To The Best Food Available